Iopamiro is an x-ray contrast medium of the new generation of non ionic compounds, and discovered by Bracco in 1981, which are watersoluble because the molecular structure incorporates hydrophilic groups. This new class of contrast media (Non-Ionics) differs significantly from earlier compounds (Ionics), all of which are soluble only when the radiopaque molecule is ionized by forming a salt with sodium and / or meglumine.

While Ionics are remarkably well tolerated, their aqueous solutions show an inherently high osmolality and this is responsible for a number of side effects that may occur after administration. The discovery of non ionic contrast agents has afforded, along with a sizable reduction of general toxicity, a considerable improvement in local and tissue tolerability, even for the more delicate structures of the human body such as vascular endothelia and the central nervous system. 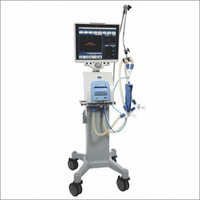